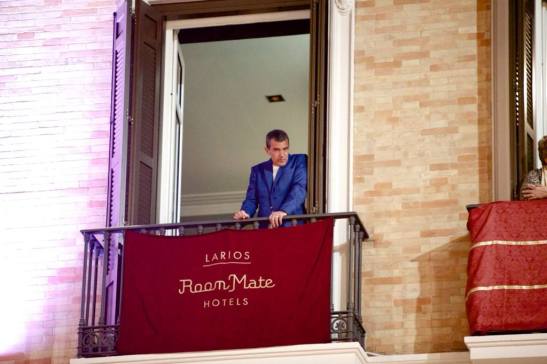 Owing to the mass tourism of the Costa del Sol, Málaga is a city that has been too often overlooked. Many tourists who fly into Málaga airport do not realise that the cultural capital of the coast lies just 10 minutes to the east! This typically Spanish city is undergoing a renaissance. Often labelled and lumped together with many other overcrowded ¨no longer Spanish¨ tourist resorts on the coast, when it comes to Málaga, nothing could be further from the truth. With the inauguration of the Picasso Museum in 2003, housing the largest collection of the native born artist´s works worlwide, came the rebirth of this vibrant city. On the up and up ever since, Málaga is now being recognised as a ¨hip¨ destination. The labrynth of intertwining streets in the old town are one by one becoming pedestrian areas. A trendy café society has appeared and designer shops are opening on a regular basis. A vast amount of money has been spent on reviving Málaga´s aesthetic appeal, and we are not the only ones to notice that the hard work has more than paid off.

The Room Mate larios becomes home to Antonio Banderas every Semana Santa (Easter Week) and the location is second to none in the city.

Upon entering Room Mate Larios from the most beautiful shopping street in the heart of the old town, a marble staircase (there is also a lift) takes you up to the 1st floor reception (the staff are consistently lovely and have become real friends over the years!!) Black and white tiles cover the floor like a chessboard, leading your eye into the café with its bistro tables overlooking Calle Larios – a fabulous front-row seat for watching the world go by whilst enjoying a light lunch or sipping a café con leche or cocktail before venturing out into the amazing labyrinth of streets and alleyways that offer the most incredible amount of restaurants, tapas bars and cafés. Malaga, and especially this hotel are all about location!! (There is no better located Hotel!!)

The 40 bedrooms, comprised of 34 Standard Doubles and 6 Junior Suites, are found over three floors. Some overlook the lovely Plaza de la Consitución, some the Calle Larios, and others a small side street opening onto a little square – views are most enjoyed from small balconies on the 2nd and 3rd floors, which are also non-smoking. All are equppied with en-suite bathroom (some with bath, others with shower), heating and air-conditioning, double-glazed windows, Wi-Fi, mini-bar, safe, and hair dryers. You will have to fight for your Junior Suite in Easter Week – Antonio Banderas books his three well in advance before returning to Malaga, his hometown, to participate in the spectacular processions. Over the years we have been in most of the rooms and our guests have probably been in all of them!! (If budget permits definitely go for a Junior Suite – they are huge and wonderful!!). The colours are more muted and calming than in many of the other Room Mate Hotels which gives a more relaxing atmosphere (not that we don’t love the funky décor in the others in town, Granada, Barcelona, Madrid etc. – it is an incredibly fun and eclectic chain of hotels founded by Kike Sarasola (whom we had the pleasure of partying with one night at the opening of one of their Hotels in Granada).

Simple yet sufficient buffet breakfasts are served in 1st floor Bistro Lounge and are served until mid-day no less!!!. There is a fun and funky roof top bar open in the summer months.

The Hotel does not have private parking and it is impossible to reach by car as it is on a pedestrianised street. A large underground car park is available at he end of Calle Larios some 600 metres away (and they have an “agreement with another car park for preferential rates in the Soho area).

An ideal citybreak Hotel from which one can discover Málaga´s wealth of museums and monuments, and the shopping – oh, the shopping – you may just wish to up your credit card limit! The August fair and Holy Week processions are of the best in the country and cannot be missed! You would need to make a reservation well in advance. The rates do soar for Holy Week, but you won´t get a better view of the processions!

It is a reasonably priced hotel that gives good value for money in our opinion. Rates vary but the hotel works on the yield system (whereby room prices rise as less rooms become available – a system adopted by most city hotels in Spain and it is similar to budget airlines when selling their seats). Book early to get the best prices – book late and prices soar.

You can request availability and rates via this link : http://www.anamazinghotel.com/request.php?id=56

One comment on “Our favourite Hotel in Málaga – Room Mate Larios”

This entry was posted on April 21, 2014 by Tapas in Malaga in Hotels in Malaga, Málaga and tagged Malaga Hotels, Room Mate Hotels, Where to stay in Malaga.